​It is with our deepest sadness to report that Mr. John Walker passed away in his Los Angeles area home on May 7, 2011. He was a beloved husband, brother, father, grandfather, friend, and artiste.  We love you John, and we miss you.

The family requests that donations be made to the following charities in lieu of flowers: 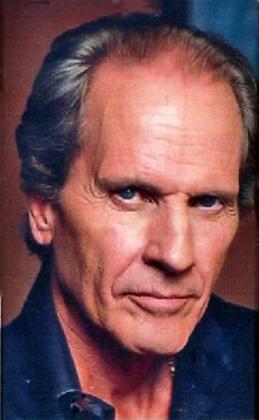 ​Dear friends and fans,
I am deeply touched by your beautiful, heartfelt responses to John's illness and passing.  During his last weeks, I read aloud to him your touching stories and get well messages, sent from all over the world to cheer him on.  Over and over again, each and every day, your words brought a glorious smile to his face, and tears to my eyes to see it! Then the amazing tributes poured in like great waves of love. Words simply don't express my gratitude to you for reaching out to John, myself, the family, Ann, Joy, and Polly. Please know that the time you took to do that brought us great comfort and support. Love works!

John was an absolutely unique and stunning treasure of a man, in private and in public. A lovely, lovely true gentleman...
I embrace and thank each of you,

Born in New York City, and raised in California, Universal recording artist John (Maus) Walker began a career in music that has spanned over 50 years. Starting off as a singer, guitarist, and songwriter in 1957, he began forming rock bands at the age of 17 and signed to record labels Aladdin, Arvee, Dore, and Admiral; by age 20, he was playing six nights a week in the LA college circuit and Hollywood clubs. In 1964 Mr. Walker founded the legendary group “The Walker Brothers”, signed to Mercury, and went on to record 11 chart topping hits including the iconic No 1’s “The Sun Ain’t Gonna Shine Anymore”, “Make It Easy On Yourself”, and No. 3’s “My Ship Is Coming In” and “No Regrets”. London became his new home for years…

While the British Invasion artists were captivating America, “Walkermania” was sweeping across the UK, Europe, and Japan, and at one point boasted a fan club membership larger than that of The Beatles. Music journalists and historians agree that The Walker Brothers music enjoys a unique and respected place in modern music history - with artists as varied as Franz Ferdinand, David Bowie, and Brian Eno citing the group’s influence. Distinguishing themselves during the emergence of the “Wall of Sound” recording period, John Walker and fellow recording artist Scott (Engel) Walker - under the direction of famed music producers Nick Venet, Jack Nitzche, and Johnny Franz - created a signature sound…one so distinctive that Roland Music Company installed “Walker Brothers Hall” samples in their SRV 330 Reverb Unit.

Mr. Walker’s lengthy discography has generated worldwide sales in excess of 40 million. Now based in the US, he divides his time between his LA recording studio, and live performances - both abroad and in North America. Mr. Walker is the only Walker Brother still touring. His shows include a variety of hits: those by The Walker Brothers, those by artists who toured with him (Jimi Hendrix, Roy Orbison, Englebert Humperdink, Cat Stevens, etc), hits by artists who influenced him (Johnny Cash, Ray Charles, Ike and Tina Turner), his own hits and originals, and other audience favorites by artists like The Beatles, Elvis Presley, and Bob Dylan.

Since the mid-60s, Mr. Walker has made countless television appearances on shows such as Shindig, Ninth Street A GoGo, The David Frost Show, The Sandy Shaw Show, Ready Steady Go, and Top of The Pops. He recently performed for a PBS British Invasion show, and on the popular German show “Hits Giganten”. Mr. Walker’s autobiography “The Walker Brothers No Regrets, Our Story” was released in 2009….

John was the founder member of the group and lead singer in the early days.  He was also a fantastic guitarist which a lot of people didn't realise.  He was a compassionate song-writer and a gentleman with lots of style.

The three of us had the most incredible adventure together, all the time not realising that we were part of pop history in the making. His music will live on, and therefore so will John.

It was a pleasure to have spent time with John Walker both on & off stage.

He always looked and behaved the true star he was, and was ever the consummate professional, always having time for his fans.
One of the good guys. It was a privilege for The Dakotas to have known him as a musician, singer and friend.

All our love to Cynthia and his family. He will be sadly missed.

"When he shall die, take him and cut him out in little stars, and he will make the face of heaven so fine that all the world will be in love with night, and pay no worship to the garish sun."

John was so much more than just a "Walker Brother". He was a true gentleman, a pioneer of the LA and London music scenes, a great singer, performer, composer, and musician, and a true friend.

It has been my pleasure to know him and work with him for the last year, and my heart goes out to his wife, Cynthia, who loved him very much, and with whom he was deeply in love.

I am honored that John was fascinated with my use of the touch-guitar, and saw the unique possibilities of the instrument.  He was a pioneer to the end....

I was only closely acquainted with John Walker and his lovely wife Cynthia for the past couple of years, working as John's UK agent and liaising with manager Cynthia.

John played a massive part in the music of the sixties and will be missed greatly.

John was a very gentle and lovely man both my wife Anne and I will miss him.
Our sympathy goes to his devoted wife Cynthia. 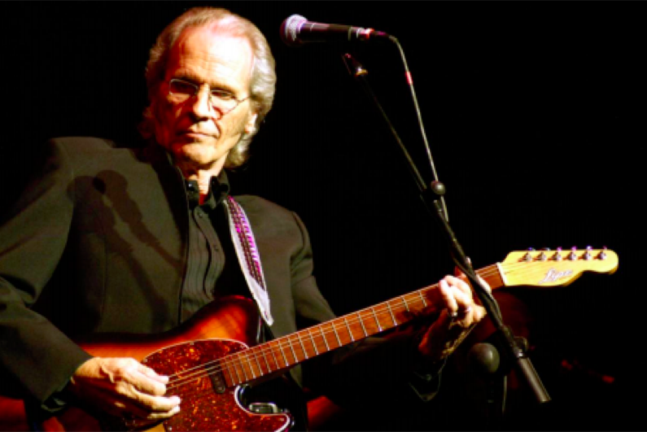